Shamrocks are on top of the world!

Congratulations to South Kildare Shamrocks who overcame a very tough and competitive Athy GAA to be crowned U12 Division 3 County Champions today in Kildare GAA Centre of Excellence. 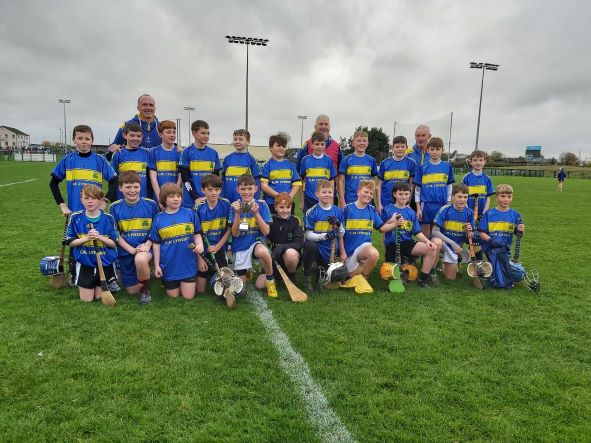 While the winning scoreline of 2-5 to 1-2 may show a slight runaway game, it was far from it with both sides refusing to give any quarter when the apposing side went on the offensive.

At the opening whistle, Shamrocks quickly took the game to Athy with a goal inside the first 90 seconds. Athy responded with a point at the 6th minute but it was Shamrocks who scored the next two before Athy shot home their own deserved goal at the 19th minute. Shamrocks scored another point leaving it a very close game of 1-3 to 1-1 at the start of the second half.

There was plenty of Shamrock players who threw their bodies on the line today with a noted callout to Cian Brennan (#3) who made his presence very much felt on the Athy full forward line to be nominated a very deserving Man of the Match by his team mates and coaches.

Once the dust settled, Odhran MacDonald (#6) accepted the winning trophy from Coiste na nOég Chairman who commended both sides for a great display of hurling. 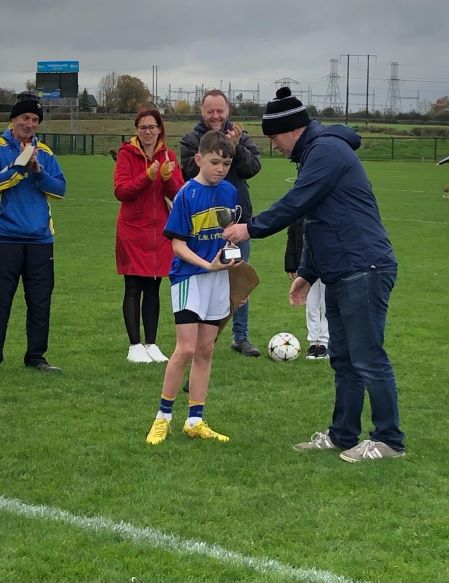 And so U12 hurling has come to a close for 2022. 2023 brings a completely new challenge as this group move onto U13 and into Division 2 hurling as a reward for their success today.

Great to see a big turnout for our Table Quiz last night!...

Ticket details for U23 S/F and U12 Hurling Final

Hi all,Ticket's for all matchs in Hawkfield can be purcha...

Our Senior Teams are hosting a Table Quiz in The Athgarv...

Our first batch of 40 pairs of Athgarvan customised glov...

We had our spooky Nursery season finale today, with fun a...

Get live information for Club on the ClubZap App